Shelley Ewing & Tommy Banks were featured at a concert for The Saskatoon Jazz Orchestra, April 30 2016. Shelley is a former RCMP Band vocalist. I was very happy to contribute some arrangements for the occasion. 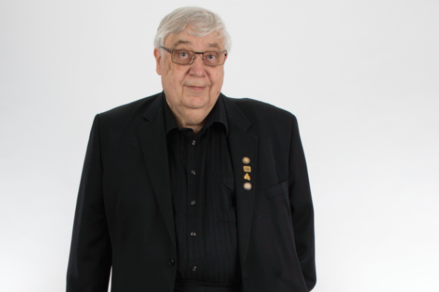 Composer/Arranger for the animated feature

I was fortunate enough to be asked by Tommy Banks to contribute an arrangement to his Juno award winning album "At The Montreux Festival".

Music Director and Arranger for the
​Gloucester Pops 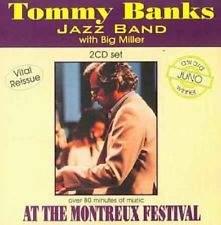 This is an arrangement I did for the CBC Easter Sunrise Concert. Writing for musicians of this level is inspiring.

Born in London, Ontario, Gary Morton attended Boston's Berklee College Of Music and graduated with a Bachelor of Music, Major in Composition. Before going to Boston Gary served with the R.C.R. Band as an arranger and instrumentalist. Having completed his education he moved back to London to begin a successful music school while continuing to freelance as a composer/arranger and instrumentalist. During his short stay in London, he was associated with Theatre London and Stratford's Avon Theatre as well as public concerts of his own works. In 1972, Gary moved to Ottawa to accept a staff arranging position with the R.C.M.P. Concert Band and was its Chief Arranger from 1974 to 1988. In 1988 Gary assumed the duties of Assistant Director of Music for the RCMP. Gary served with the Band until it was terminated in 1994. Since then Gary has been the Executive Director of the Kiwanis Music Festival, National Capital Region and recently retired from that position. Gary keeps busy as an Event Producer and as Musical Director for the Stevens & Kennedy Band. The Stevens & Kennedy Band, of which Gary is a founding partner, is now in its 39th year and still a part of the musicial scene in Ottawa. S&K released a CD entitled "Souvenirs". Gary is now in his 11th year as Music Director of the Cappies Orchestra and four year ago created the Viennese Ball Orchestra.

Music Director and Arranger for

It’s been over 25 years since the Band was cut and sadly we have lost some of our friends. We were fortunately enough to have Jean Trudel become interested in recording that piece of history and I thank him for that. It was broadcast a few months after the Band was cut. We have lost some of our friends and this in some small way is a tribute to them.